An artist, mother of six, Black Sash member, founder of a craft co-operative and wife of a former mayor - the many talents and interests of Rosalind Thesen (nee Newdigate) were celebrated at a memorial service for her here on Monday, March 26. 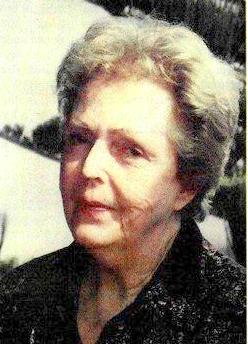 Thesen died of pneumonia on March 14 in Cape Town at the age of 86. Although she lived in the Knysna-Sedgefield area for most her life, after a debilitating stroke two years ago she moved to Kenilworth's Sherwood House nursing home to be closer to three of her children. All three were with her when she died.

Her elder daughter Lucia Thesen said even though her mother's ability to communicate was curtailed by the stroke, she expressed herself through a few carefully chosen words. Her essential self and salty humour remained undiminished and she would still cut to the chase, always finding the right words - or creating a new word or phrase.