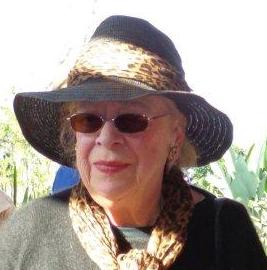 Fleur Webb, who died in July, will be remembered as a warm and friendly person who enjoyed her soirees with wine, snacks and friends. She joined the Natal Midlands Black Sash in 1962, taking part in many protest stands.

Fleur went to school at Girls High in Durban, spent three and a half years at Natal University on the Pietermaritzburg campus where she remembered some “really wild political demonstrations” which she thought gave her the sense of doing something not quite acceptable. Then, in 1951, she was lucky enough to get a bursary to go to France where she continued her education at the Sorbonne, majoring in French, and meeting large numbers of foreign students from all over the world who broadened her horizons.

On her return she taught school for a couple of years in Pietermaritzburg followed by a part-time junior lectureship on the Durban university campus. On this campus she encountered a very politicised group of young lecturers, a contingent of them from Oxford, among these Colin Webb whom she married in 1960.

Fleur and Colin lived at Isipingo Beach, relatively close to Durban where they both taught. It was here that they became involved in hiding people escaping from the Special Branch, even to the point of driving a fugitive to the Lesotho border.

Later, back in Pietermaritzburg, Fleur became the protest-stand organiser for the Black Sash, and spent time getting permission from the authorities, composing slogans, and arranging the printing of posters for the Saturday morning protests in Commercial Road, next to the cannon. She said that because participants were often nervous, they needed to be reminded not to talk, to look down, and to take no notice of whatever might be flung at them. She recalled a large and threatening Lieutenant Fourie, in the Special Branch, who took up a position across the road from them for every stand.  She said that people walking past these protest stands sometimes spat, threw toilet paper, and shouted rude and intimidating things, though no-one was ever physically hurt.

Special Branch detectives made regular visits to the Webb home, and their phone was tapped, which made Fleur feel constantly under surveillance, and often worried that her small sons would be left alone should she be arrested.

As a well known Pietermaritzburg character, Fleur will be much missed.