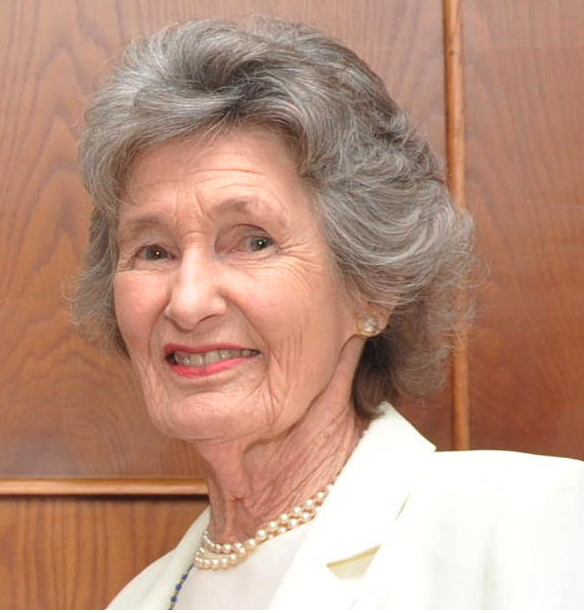 Phoebe Brown (nee Barlow), who died on Saturday 25th July, will be remembered as a quiet, shy, and unassuming person with a strong social conscience, and a deep concern for people whose situations were very different from her own.

She grew up in Somerset West, and went to school at Herschel, an independent Anglican school for girls in Claremont, Cape Town.  While still living in Cape Town she volunteered to work for the Cape Flats Distress Association, which was founded to help alleviate the problems of poverty, disease and malnutrition on the Cape Flats.

Her contact with the Black Sash started in 1955 when the then Nationalist government decided to remove ‘coloured’ voters from the voters’ role. Phoebe believed that every piece of legislation that was passed by the apartheid regime was moving away from her values so she needed to stand against it. She took part in many protest stands opposite the Pietermaritzburg City Hall, and spoke about one frightening march organised by the University of Natal. It was night time and many carried banners, and torches; young men ran alongside the marchers taunting them, and the police joined the unruly mob. At least one of the marchers was set alight when a torch behind him fell, although no one was seriously hurt.

Phoebe met Peter Brown at the Durban July Handicap in 1948, and they were married in Somerset West on 15 April 1950, holding their reception at the historic wine estate Vergelegen, owned by the Barlow family.

Peter soon became very involved in anti-apartheid activities, with many friends from a wide range of social and racial backgrounds. Among his many activities, he was Natal Chairperson of the Liberal Party, formed on 9 May 1953, and banned by the regime in 1968. He was also instrumental in the 1979 founding of The Association for Rural Advancement to support rural communities in their resistance to forced removals imposed by the Black Spots legislation designed to move black people from freehold land in areas that the Nationalist regime declared white. He was imprisoned during the 1960 State of Emergency, and later ‘banned’ from public life for a decade from 1974 to 1984, confined to their house in the Pietermaritzburg district, and required to report weekly to the local police station. When he needed to visit their farm at Mooi River he had to have permission and was told on which day he could go, and which day to return.

Throughout this turmoil Phoebe was always an enormous support to Peter, she simply did not make an issue of their difficulties, nor try to divert Peter from his political activities. She knew their house was continually watched by security police, but tried not to be intimidated by this. She was allowed to visit the schools of their children, Christopher, Vanessa and Anton, and to move around relatively freely, but she chose to stay at home in order to give Peter as much support as possible.

When asked how she felt about the closure of the membership of the Black Sash in 1995 Phoebe said that by this time she had began to feel a bit alienated by the young, feminist, seemingly radical women who had joined the organisation. She remembered a meeting she went to with Joy Roberts, when they initially felt they had come to the wrong venue, waited a while, and then discovered that it was, in fact, the Black Sash meeting.

However, she remained committed to the work of the Black Sash, regularly attending gatherings. One of the last things she said to me was, “I was proud of having belonged to the Black Sash, and I still am. I have always kept my Sash.”