Mary Burton named as Patron of the Black Sash 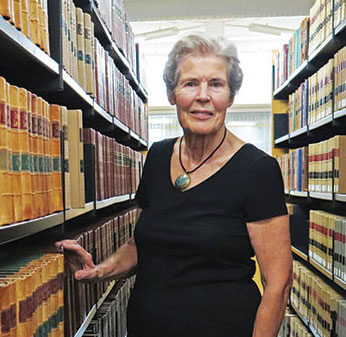 We are delighted to announce that Mary Burton has been named as Patron of the Black Sash.

We believe that a Black Sash Patron is someone who demonstrates her belief in our core values and someone who contributes to the betterment of our community. She is also a woman who is admired by the staff and trustees for all that she has added to the organisation as well as wider society through the years.

Mary is the second person to be named patron of the Black Sash, following the late Sheena Duncan, who also embodied these characteristics.

Mary joined the Black Sash in 1965 and, besides being regional chair for several terms, served as National President from 1986-1990. She was one of the founders of the Advice Office Trust in 1985 (known as The Black Sash Trust from 1995) and served as a trustee continuously until 2016.  Besides holding high office within the organisation, she has always been known for her work ‘on the ground’, most especially her unwavering presence and support in the advice office. She put her journalistic skills to good use over the years by providing rigorous summaries, skilfully drafted resolutions and detailed written records of our work.

Apart from her work in the Black Sash, Mary has served in various other capacities. Amongst many other things, she was the Provincial Electoral Officer of the Independent Electoral Commission in the Western Cape for the first democratic election in 1994 and was also a Commissioner for the Truth and Reconciliation Commission. She served as Deputy Chairperson of the Council of the University of Cape Town, as Chairperson of the Convocation ofUCT and was the co-founder of the ‘Home for All’ campaign.

Mary’s contribution is widely recognised and she has been the recipient of many awards and commendations. To name a few, she is a recipient of the order of Luthuli (Silver), (a South African honour granted by the president), the Order of the Disa (the Western Cape's highest award) and the Reconciliation Award (conferred by the Institute for Justice and Reconciliation). She is a recipient of the City of Cape Town’s Civic Honours and was awarded the UCT Vice-Chancellor’s medal for services to the university. In 2011 she received an honorary doctorate from UCT.

In 2015 Mary’s acclaimed history of the Black Sash was published, entitled The Black Sash: Women for Justice and Peace.

Mary Burton has dedicated over 50 years of her life to political activism and lobbying for human rights in our country and it is an honour for us now also to be able to call her Patron of the Black Sash.