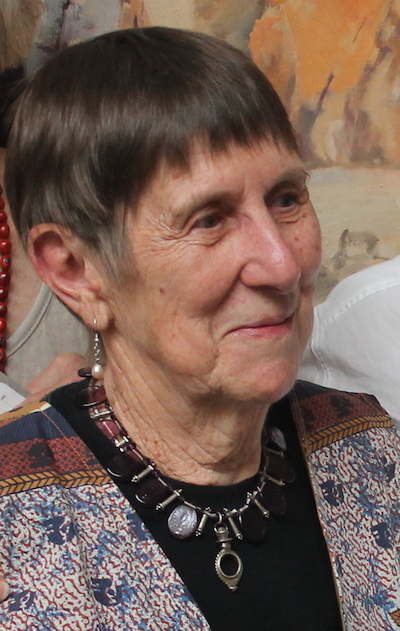 Mary Kleinenberg retired as a trustee of the Black Sash Trust in 2015 after twenty-four years of being an active, dedicated and valued member of the Board.

An outstanding component of her service was as chair for twenty-two years of the Human Resources Committee (HRC) – a vitally important sub-committee of the Trust.  Mary had been ‘in on the ground’ of the work of this committee when, in 1993, the newly appointed national advice office coordinator convened a weekend workshop to address the need for parity among staff members in the various provinces in which the Black Sash had a presence.  The workshop was the springboard for the writing of the first staff manual and the birth of the HRC’s predecessor, the Standing Remuneration Committee (SRC).    Mary was present at that workshop from which time she guided and led the work of the committee until she retired.

Mary became a member of the Black Sash in 1980.  She worked in the Pietermaritzburg Advice Office on Saturday mornings and later chaired the Natal Midlands Branch of the organization and the Pietermaritzburg Advice Office Committee for some years.  She became a trustee of the Black Sash Trust in 1991.  The range of her experience placed her ideally to co-author the history of the Natal Midlands region of the Black Sash with well-known historian, Dr Christopher Merrett.  Their book, Standing on Street Corners, was published in 2015.

Aside from her leadership role in the Black Sash, Mary is known for being an avid writer of letters to The Witness over many years.  She was part of a small group of women in Rape Crisis that provided a 24 hour telephone service by carrying a pager for a week at a time.  After years of counseling and providing support to rape survivors by telephone, the organization also went out in crisis situations until Rape Crisis was taken over, by consensus, by Lifeline in the late 90s.  Mary also served on the Boards of Justice and Women (JAW) and the Church Land Project in addition to being an active member of the Women’s Coalition.  When the Women's Coalition dissolved in Pietermaritzburg, it became The Midlands Women's Group (MWG) which started operating in 1995.  Its initial focus was on on the local government elections, encouraging women to register and vote; stand for election; monitor gender-awareness of candidates and demand that they commit themselves to the principles laid out in the Women’s Charter. The mission of the MWG was “to facilitate women’s development and ensure that their rights are upheld and their achievements and resources recognized”.  Mary was actively involved in the MWG until it closed in March 2007.

Mary was also a founder participant in the formation of Ditikeni as an ethical investment platform that today benefits a range of NGOs, amongst which is the Black Sash Trust.

From 1989 to 2001, in her remunerated working life, Mary was the first finance officer of AFRA and later, its director.

In her retirement, Mary is committed to improving the lot of the crafter community by encouraging them to sell their beautiful work to the Tatham Art Gallery shop in Pietermaritzburg where she plays an active role.