I am grateful to have this opportunity to pay tribute to Beva, whom I have known for over thirty years, more than half her lifetime, as a colleague and a friend.  She reminded me recently that I “gave” her the spelling of her name – it used to be written like the Canadian beaver, but as I had not seen it, I wrote it like another name I knew, Neva, meaning snow.  She quickly adopted the new version! 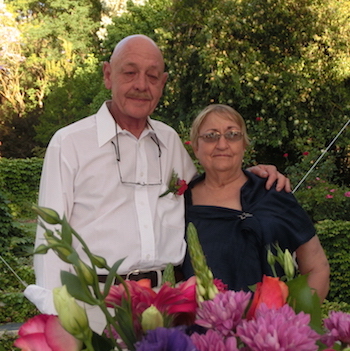 I first met her in the Black Sash, probably about 1980 – and she was soon involved in many areas of its work.  She was lively and outspoken, full of ideas.  I sometimes think she must have been a bit like some of the early founding members, energetic and argumentative as they built the organisation.  She did not mind being regarded as something of an “enfant terrible” in Western Cape delegations to national conferences of the Sash, and liked to tell the story of Sheena Duncan having once said to her “Sit down Beverley, and keep quiet”!  She was impatient for change and frustrated by the seeming impossibility of ending apartheid injustices.  It was this frustration which led to the well known incident when she and Cornelia Bullen-Smith chained themselves to the railings of the fence around Parliament (assisted by Dunstan, of course) to protest against the death in police custody of a youth in Steytlerville, Johannes Spogter.  Their defiant courage has inspired the making of a film in that Eastern Cape town by the youth of a new generation, ensuring that we do not forget the past, but seek to learn from it.

That courage and energy led Beva into many activities, within the Black Sash and outside of it.  She was a keen branch member, and also a member of the Regional Council and then its Chairperson.  She was part of the Media group which designed and made posters for the protest stands, and other innovative objects, and in which she made many close friends.  They were artistic and creative, and they also drafted information leaflets for distribution.  One of them protesting against the South African Defence Force’s attack on Kassinga in Namibia, was banned, and Beva felt that this was an indication of the fact that it had hit home in a powerful way.

When in 1989 the Black Sash was part of a delegation to Lusaka, to meet representatives of the African National Congress, she was part of that group, and was particularly happy to have the opportunity to revisit the place where she had lived as a child.

She supported conscientious objection to military service, and when the End Conscription Campaign was established she was quickly drawn into its work, partly as a Black Sash representative, but also a dedicated member, again with Dunstan’s support.  There have been many warm tributes to her posted on Facebook, and she would have loved to see them.

After the political changes in 1990 leading to the elections of 1994, Beva looked for other ways to make our society a better place, and found them in her work in the field of education.  She was utterly dedicated to CEAP, the Catholic Educational Aid Project and worked for it as Director from 1990 to 1996; and then equally dedicated to REAP, the Rural Education Access Programme, and served on its board for a long time.  There could not be a cause more important than the building of educational opportunities for young South Africans.  If you open the website for CEAP, the first picture you see is of Beva opening the door to the office.

By this time Beva had acquired a good deal of experience in the building and management of organisations, and she put this to effective use in her membership of other boards, such as DOCKDA, the rural development agency which she served for a number of years, some of them as it Chairperson, and the Carpenters Shop, working for unemployed and homeless people in Cape Town.  She also served on the Grassy Park Community Forum, contributing to the neighbourhood where she had lived for so many years.

All these forms of service to society never diminished her focus on the core centre of her life – Dunstan, Alex, Toby and Phoebe, and more recently her adored grandsons, and always her beloved dogs. She had the great joy of seeing Phoebe receive her PhD.

The last time we spent an evening together, not even three weeks ago, we talked about ways she could tell Hugo and William stories about all her experiences:  living by the vlei, the children’s adventures, and her own, and even family history.  She went off full of plans to write short stories, one at a time, to give them.  Now it is going to be the task of their parents, Alex and Kat, and of their uncle and aunt and friends, to keep those memories alive for them and perhaps for future grandchildren.

The last years of her life were not easy, but she never gave up fighting for every inch of progress she could make.  She was thankful for the doctors and other medical personnel who helped her – and of course impatient with those she did not think came up to scratch!  She felt safe and happy in Huis Nuweland, and thankful to be there.

Seeking for an image to capture Beva, I thought of a little cluster of shooting stars, flashing to light up dark corners of the sky – maybe when the boys see a shooting star one day, they will think “that’s Beva”.

We will not forget her.  May she rest in peace.