Pretoria-born Nan joined the Constantia branch of the Black Sash when our family moved to Bergvliet in about 1980. Always a committed Anglican and supporter of the then PFP she felt South Africa’s injustices strongly and was pleased to join the Sash. 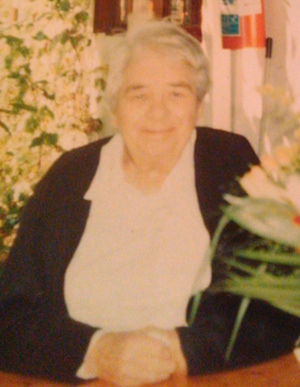 She and other members of the branch, including her sister Elizabeth Blaine, stood with their banners and posters on Plumstead Main Road at rush hour, enduring the usual brickbats – and occasional hoots of support.

Nan also did court monitoring with close friend and branch luminary Joan Grover and attended various protest meetings and beach occupations – often led by the then Archbishop Desmond Tutu -  in her capacity as a Sash member. Her family and friends were left in no doubt about her opinion of the National Party Government and its workings and she and Joan also ran a soup kitchen at Christ  Church, Constantia and collected clothes for a nearby squatter camp. She lost her husband Brian in 2014. Her son Andrew (29 May 1964 – 10 September 2015) and daughter Susan were strongly influenced by her beliefs and activism.