Jan van Gend was one of the lawyers who gave of his time freely and generously to the Black Sash’s Cape Town Advice Office to defend pass law ‘offenders’. 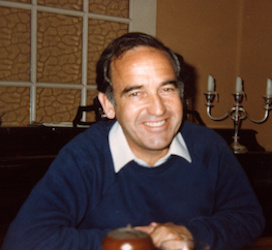 Many people charged with contravening the Pass Laws accepted arrest, prosecution and paying a fine as part of the hazard of living in Cape Town without the required permission in terms of the Urban Areas Act.  If the Advice Office came to know of the arrest of someone the day before they were due to appear in the Langa Pass Law Court, and they requested an attorney to represent them, the Advice Office had a short list of attorneys on whom it could call for assistance.  Jan was one such attorney.  He was always willing to juggle his schedule to assist the Black Sash and those who it sought to serve.  He represented Pass Law offenders so frequently that he and David Viti, who worked for the Black Sash Advice Office and did much of the work at court, developed an excellent working relationship and became a well-known legal team at the Court.  It was seldom that those arrested were acquitted, but being represented by an attorney often resulted in being sentenced to a suspended fine, or a lesser fine than if they had not been represented.

Everyone who worked in the Black Sash Advice Office warmed to Jan because he was such a warm and understanding person who was as rigorously committed to opposing the Pass Laws as the Sash. 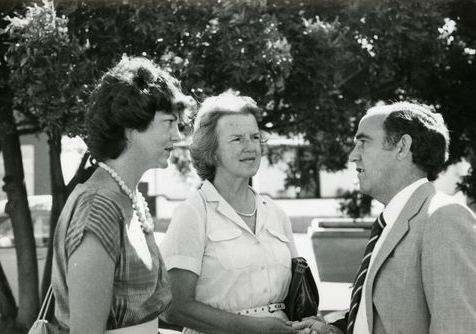 When Molly Blackburn and Di Oliver (then Bishop) were charged with contravening the Pass Laws by entering Lingelihle in Cradock without the required permit, Jan defended them in the Cradock Court.  He did not achieve an acquittal for the two offenders, but they were grateful that they were given only a warning and were not fined.

Jan was the Member of the Cape Provincial Council for Constantia for the (then) PFP during the same period as Molly and Di.  With his sharp legal mind and skilled debating ability, Jan was an outstanding MPC.  He was an unwavering, principled opponent of apartheid whose contribution to standing on the side of the dispossessed and disenfranchised will not be forgotten.   In 1987 he was elected unopposed to become the Member of Parliament for Groote Schuur.

A Capetonian by birth, Jan attended Rondebosch Boys High School and when he studied law, attended Stellenbosch University.  He was a well-known sportsman (hockey, sailing and golf) and opened his own law practice in 1979.

The Black Sash is indebted to Jan for his unfailing support of the organization and those who it served and extends its deepest sympathy to his wife, Ellen, his sons Carel and Simon and all his family.