Margaret Adelaide Canning, known as "Mac," Thompson died in Pietermarizburg on 18 June 2014, just short of her 94th birthday. Mac was a founder member of the Natal Midlands Black Sash, one of those courageous women who joined the organisation in the face of a conservative family. 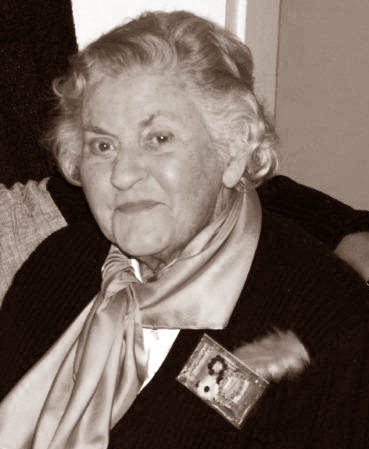 She was born on 4 July 1921 in Rugby, England, came to South Africa when she was 14 years old, and attended Rustenberg Girls’ High School where she became head girl. She met her husband, Mungo, at UCT and they were married in 1944. They moved to Pietermaritzburg in 1952.

Mac taught at Kingsmead in Johannesburg and then St Annes in Pietermaritzburg. When her eldest son was an undergraduate she went back to university to study Psychology, practising as a therapist for many years after she qualified.

Both her sons, Peter and David are well known orthopaedic surgeons in Pietermaritzburg. Peter, said the following at her funeral:

“She was the social conscience of our family and was very unhappy with the injustices in this country in the years after the war. This was difficult for her in the context of the conservative Thompson family.

“I remember leaving school early when I was about 10 (1956) to stand across the road in town and watch her stand with her Black Sash outside the court buildings – the so-called Justice Department. I saw how she and others stood resolute and unmoving whilst they were spat on and sworn at.