Wendy Woods was an anti-apartheid activist alongside her renowned husband Donald. Her family remembers her as a loving mother, and a force to be reckoned with. 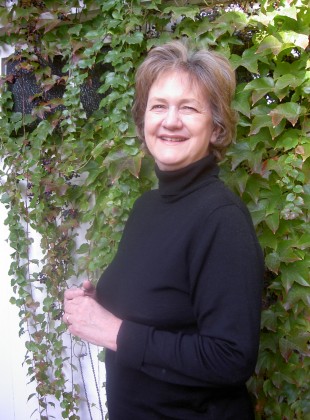 Wendy was born on February 5 1941 in Mthatha. She was a brilliant pupil, and was awarded a first-class pass in matric, and at only 16 years old she left home. Wendy and Donald met over holidays in Cwebe in Mbashe, where both their families had seaside cottages.
The two future anti-apartheid stalwarts were wed in 1962; she was 21 at the time. Over the next decade the couple had six children: Jane, Dillon, Duncan, Gavin, Lindsay and Mary. Lindsay died of meningitis at 11 months old.
Donald took over as editor of the Daily Dispatch in 1965. Wendy's own anti-apartheid activism started in earnest when she joined a local branch of the Black Sash.
Friend Barbara Briceland said Wendy was "very active in major anti-apartheid campaigns and stood by her principles for equal opportunity and equal rights for all South Africans".
The couple's anti-apartheid campaigning soon drew the ire of the security police, who called in death threats and harassed black staff working at the Woods's home.
"Even during the 70s when we had so many problems with the security police, [Wendy] was the rock we revolved around," eldest son Dillon Woods said.
Dillon remembers her forthright personality. "Once when Biko was charged with 'defeating the ends of justice' Wendy decided to visit him in jail.
Initially she was obstructed by the prison warden who said, 'Whites never visit blacks in jail'. "Demanding to see the Commandant, Wendy eventually got her way. On greeting Wendy, Biko's face lit up.
"Wendy had brought Biko several books to read including George Orwell's Nineteen Eighty-Four. The two discussed the book at length, and following Biko's murder in police detention Wendy wrote: "What I find so painful now is that the security police reduced him to a cabbage lying naked on a concrete cell floor. They stripped him of the very dignity we had spoken about in discussing Nineteen Eighty-Four, and they did it not because they were consciously concerned to do so but because, to them, he was 'just another k***** - and that is what I will never forgive them for."
After Biko's death the Woods family went into exile soon after the security police sent a T-shirt laced with acid powder to Mary, Wendy's five-year-old daughter, who suffered from severe burns as a result.
Throughout Donald's banning and subsequent escape from South Africa, Wendy provided stability for their five children through difficult times. While in the United Kingdom, Wendy worked in several charities at board level, and was the founder and chair of the Donald Woods Foundation for the last decade.
She also became a trustee of the Mandela Statue Fund, which was initiated by Donald prior to his death in 2001. The seven-year project culminated in Wendy unveiling a nine-foot statue of Nelson Mandela with Prime Minister Gordon Brown in Parliament Square, London.
Wendy's younger brother Peter Bruce said Wendy fought against apartheid, and when that battle was won, she continued to work to strengthen democracy in South Africa.
Donald died in Surrey, England, in 2001, and his ashes were laid to rest in East London next to the grave of son Lindsay.
Wendy passed away on May 19 at the age of 71 after a long battle with cancer. Dillon said the family planned to lay her to rest alongside her husband and son.
Obituary, "A force to be reckoned with" from the Daily Dispatch, 27 May 2013
Copyright © 2017 Black Sash - Making Human Rights Real
Tel: +27 21 686 6952 Fax: +27 21 686 6971
Email: This email address is being protected from spambots. You need JavaScript enabled to view it.