Anne Finsen, who was a founder member of the Black Sash, died this week at the age of 94. She joined the Black Sash in 1956. In the early days she was involved in the work of the organisation in all sorts of ways. This part of her life is shown wonderfully on the video that was made of the first Sashers. 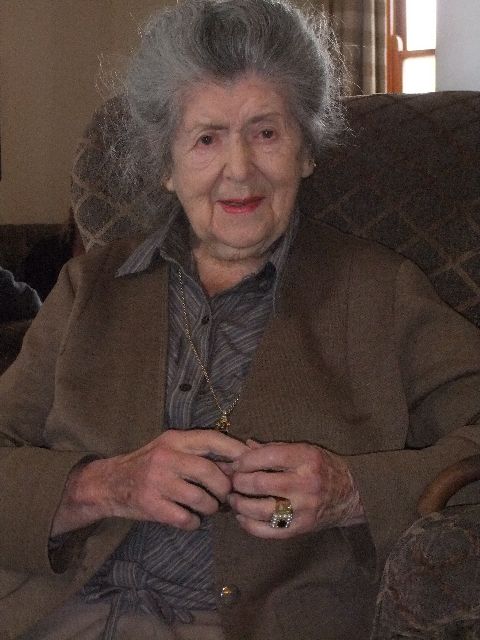 Anne had a great interest in what she called ‘the young’. She would fetch and carry, look after children during stands and was always generous in offering her home regularly for Wynberg Branch meetings. It was in this role that we knew her best. Anne never betrayed her principles. She was staunch and upright and always ready to help with the actions she proposed.

Privacy was a great part of Anne’s personality. A quiet woman but not shy, Anne would argue with the best of us. She would raise her points with great dignity. Once a decision was made she accepted it wholeheartedly and never complained. In the Sash she contributed to the debates on all levels, both at Branch level and as a member of the Regional Council. Anne never missed a meeting, nor was she ever late. She belonged to the Sash Media Group which created and produced things to sell for funds but also made stickers and the like with political messages. It was Anne’s inspiration that resulted in the little T-shirt sticker that became so well known on car windows during the 80’s.

Anne has died, but she is carried in our hearts along with an affection that has grown up over more than 30 years. She will be missed for her kindness, wisdom, integrity and the elegance of her generation which made working with her so special.