The Black Sash records with sorrow the death of Annica van Gylswyk, who was an active member in the Pretoria region for many years. Annica qualified as a Librarian (BBibl) and started her first job with the State Library in Pretoria In 1963. Her footprint can be found alongside numerous important collections housed at the UNISA Documentation Centre for African Studies, Wits University and the University of Cape Town which document the social, industrial and political history of that particularly oppressive period. 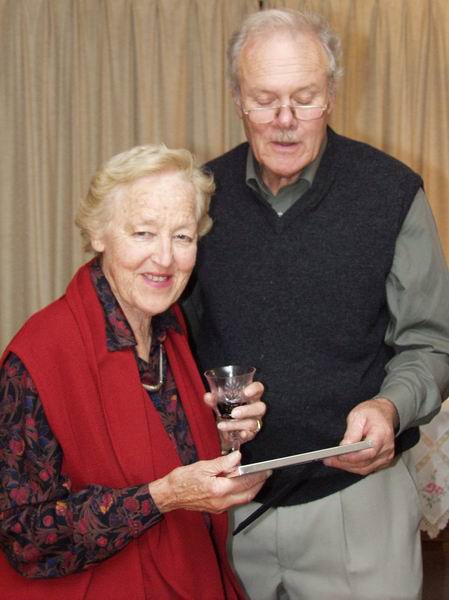 Annica and her husband Niek shared a passion for justice. Both served on the Catholic Justice and Peace Commission (Pretoria Archdiocese) and Annica made a significant contribution to the Black Sash (with Niek an Associate member). As a founder member of the Winterveld Action Committee together with Jimmy Polos (Methodist Church), Njobo Molefe and other Black Sash members together they spent long hours attempting to alleviate the harsh conditions of apartheid.

A large part of her contribution to the Black Sash was her involvement with Pretoria Advice Office. Annica was arrested, imprisoned (in solitary confinement) and then deported to Sweden in August 1986. There Annica continued her work at the NAI (Nordic Institute for African Studies) and expanded document outreach to other parts of Africa until they were able to return to Cape Town in 1998. On their return Annica worked with the Mayibuye Centre to set up a library on Robben Island and in this period she produced a systematic and very thorough archive of the administrative system that had been in place there. Though frail for many years with a debilitating lung condition but sustained by Niek’s constant support and vigilance, she remained connected to the burning issues around democracy, justice and social responsibility - she was an avid reader keen to engage, to discuss and to disagree!

Annica is honoured and remembered for her huge love, interest and deep concern for South Africa’s people. The Black Sash, its members, staff and Board of Trustees, extends its condolences to her husband and family.

A memorial service will be held at 10.00 on Saturday 28 July at St Michael’s Church, Rouwkoop Road, Rondebosch.