Joy Roberts, a stalwart of the Natal Midlands Black Sash, and Secretary of the branch for many years died on Christmas day in Durban at the age of 85. She will be greatly missed by many. As well as her involvement in the Black Sash she was Chairperson of the Edendale Welfare Society for 30 years. 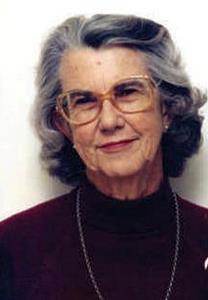 Black Sash Trustee Mary Kleinenberg says she remembers Joy as a very intelligent woman with strong views who thought that you could do battle in small ways.

Recently Joy was interviewed for the Alan Paton History Project and these are some of the things that she said:

“I took part in protest stands whenever I could and I thought they were a wonderful demonstration of solidarity. We were there, we were together, we were all having the same reaction to the things that were popping up. They were important, they were evidence of a sort of attitude that wasn’t the accepted one of the time. We were all friends and we were very disciplined, we stood in a line at the corner opposite the city hall. We would line up in two columns with our placards and our sashes and when the clock struck we would walk out and move to left and to right to take up our positions and stand there without moving, if possible, until the half hour struck and then we turned around and walked away. We were absolutely silent and didn’t respond to anybody who insulted us or said anything. We just stood there making our point, the posters were there, saying what we had to say.

Looking back I would say I was proud to be a member of Sash; it provided a platform, a voice about things that I thought were important. I used to feel slightly irritated when people said, “I’d like to join this Black Sash, but you know my husband wouldn’t let me”, and I would think, what’s wrong with you? So I was always proud to be part of it, and looking back I think it was a wonderful, remarkable organization to pull people together and express a protest against injustice that was simply so blatantly terrible.“

Read the tribute to Joy in The Witness newspaper.