Top science journalist and former Black Sash member Christina Scott has been killed after she was run over by a car while giving a colleague a driving lesson. The tragic accident happened in Cape Town on Monday, 31 October 2011. She leaves behind three children, Ally, 12, Ben, 9, and her adoptive daughter Nosipho. 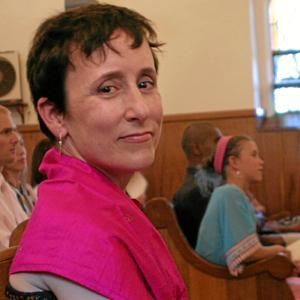 Christina has been lauded as transforming science journalism in South Africa and paved the way for young journalists in the field, and was a president of the South African Science Journalists’ Association.

A close friend, Lynne Smit, said she had been giving parking lessons to a journalist colleague at Research Africa offices in Observatory on Monday morning when the incident happened. Lynn said: “It was just a tragic accident. A double tragedy. We have lost a friend. I have known her for nine years. We met at a science conference and she is one of the kindest people I know. I feel for the person who was getting the lessons because she must be very traumatised by the incident. She was very passionate about science and got many people involved in science. This is a huge loss not only for journalism but for the science profession. She changed a lot of people’s lives and got South Africans to be involved in science through her passion for it.” 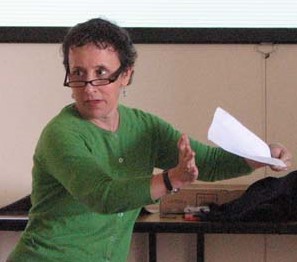 Christina, who was born in Canada, had been working for Research Africa for about two years. She was also a presenter for SAFM’s Science Matters and for many years worked as a producer at Metro FM.

“The association is absolutely shocked and saddened by the passing of Christina. She leaves a huge void in science journalism. She mentored a lot of young science journalists who have gone on to succeed.

“We are also sad for the journalist colleague involved and we hope she gets through this tough time. We will give her all the support she needs to get through this. This is no one’s fault and we know that Christina mentored her and wanted her to succeed,” Thom said.

Read the tribute to Christina in the Mail and Guardian

Read the tribute to Christina on the 'Under the Banyan' website