Jennifer Verbeek, a resolute member of the Natal Midlands Black Sash (NMBS), born on 16 December 1934, died on the evening of Friday, 6 April 2018. 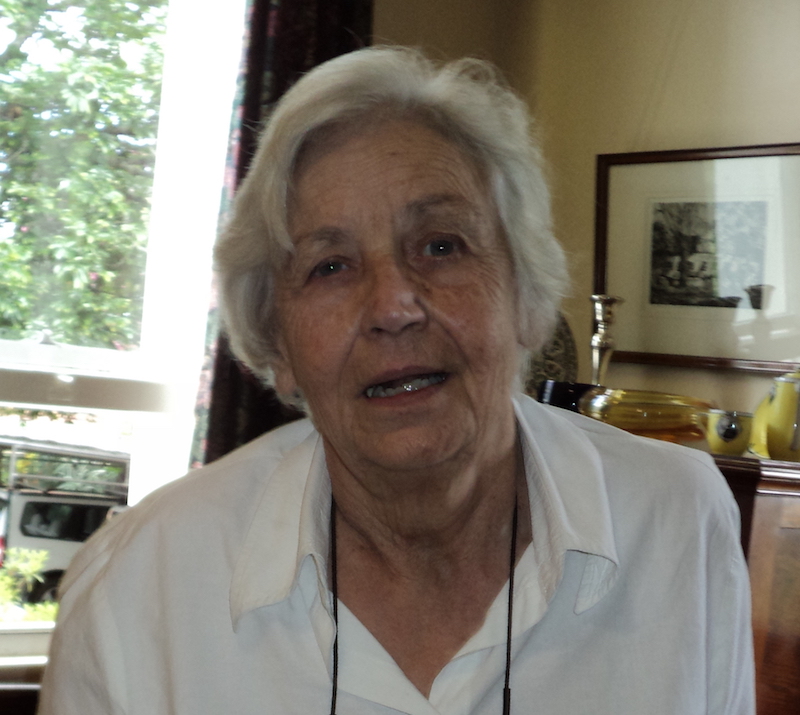 Jennifer met her late husband, Alistair in the fifties when they were students at the University of Natal, both becoming lecturers, he in Chemistry and she in Library Science. Jennifer was passionate about her subject, and an enthusiastic lecturer, inspiring her many students over the years.

Jennifer had a larger-than-life personality with tremendous energy, outspoken and sometimes intimidating; however her warmth and friendliness were legendary. She was a Quaker and, like all Quakers, believed that in the face of violence a position of pacifism was very important.

As a committed member of the Black Sash for many years she was always available to take part in protest stands and was unwavering in her strong sense of justice. In 1988 when some members of the NMBS were arrested and charged for allegedly holding an illegal gathering, in court Jennifer showed her strength of character by refusing, as a Quaker, to take the oath, saying this was unnecessary since her word was enough to guarantee the truth would be told.

At an NMBS meeting in January 1987 Jennifer reported that her daughter Clare, who was very active in the End Conscription Campaign, had been in detention since 2 December. Whilst expressing her concern for all detainees, she described conditions at John Vorster Square police station as disastrous, but a bit better at Diepkloof prison to which Clare had been moved.

Jennifer leaves her daughters Clare and Jean, her son Julian, and her beloved grandchildren. She will be missed by many.